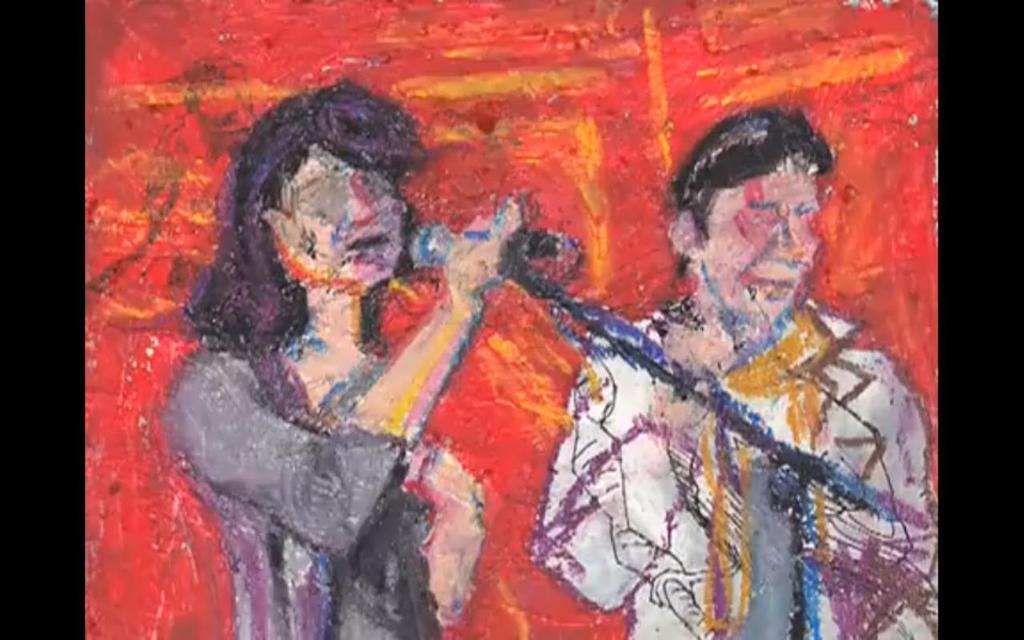 Darren Hayman & The Modern Secondary release his next album, The weapons of Essex, October 4. We are looking forward to it. There is now a video for the Emmy the great-with the single ‘Calling Out Your Name Again’ – which is physically released on October 11 via Fortuna Pop! but is available for download here – which was created by Darren himself. We have the first video of it – you can watch it below. But first, a few words from Mr. Hayman about the whole process:

A few friends who have seen this video before told me that I have too much free time. This is not true, but I have a compulsive nature and when I start something I intend to finish it. No idea is too stupid for me to pursue and time and effort shouldn’t be the reason I don’t do something. I am currently building a life-size model of my dog â€‹â€‹in Lego. No, I really am.

This video is made using a sheet of map that is constantly being scanned between me drawing, erasing or painting over parts of it. I didn’t have a conscious plan or storyboard although I sometimes drew something that reflected a line from the song. The main thing was to turn on Radio 4, make a cup of tea, then draw, scan, draw, scan, draw, scan etc.

It took about 2 months. I won’t do it again. I hope you like.

So yes, this is the video. It sounds laborious but totally worth it. Now comes the track itself, which you can stream through the SoundCloud widget we have below and download from here. It’s pretty straightforward.

Oh, and since it’s very topical, you can read Emmyâ€™s interview with Darren from last year here. Click here to see what Darren is showing as well.