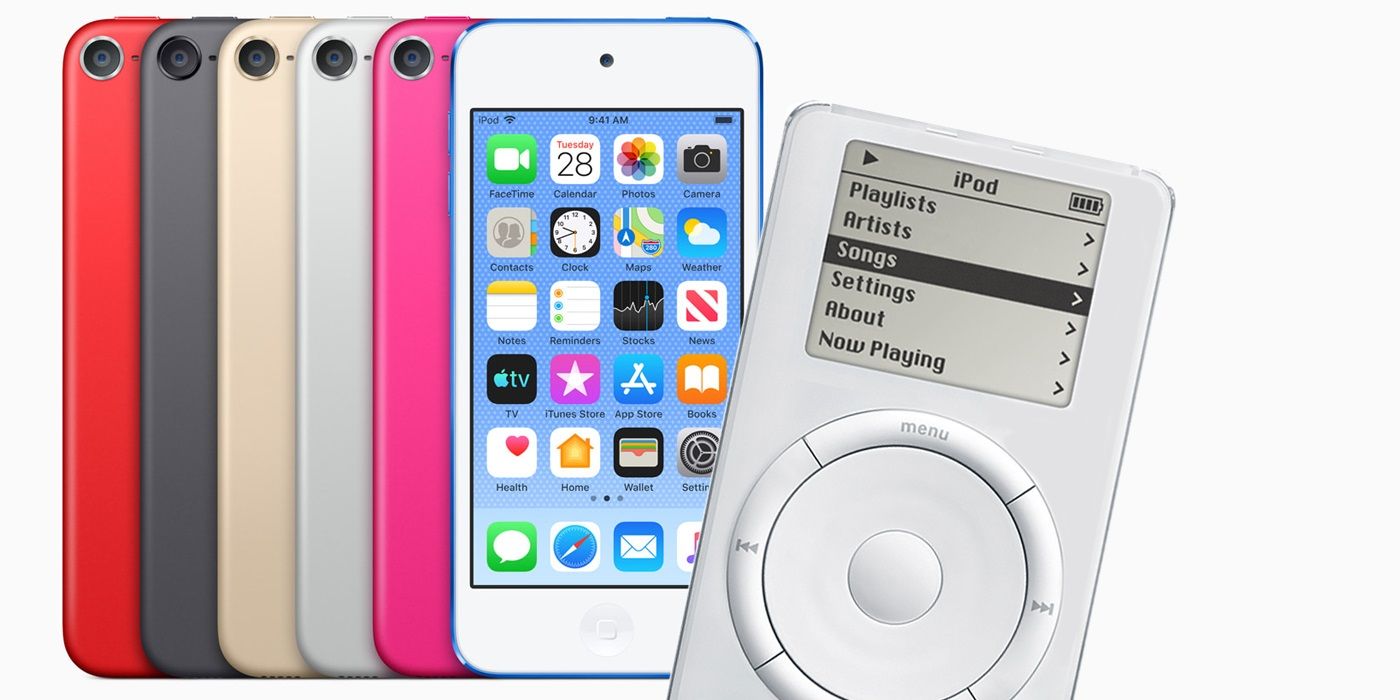 With Apple now officially discontinuing the latest iPod in its lineup, here’s a throwback to the original iPod that started it all.

the iPod may seem like a less relevant product these days, but discontinuing the entire line is still an important moment in time. The iPod line has been around for years, predating the original iPhone, and was instrumental in making Apple the company many know today. Of course, as the iPhone continued to mature in terms of features and capabilities, the end of the iPod was only a matter of time.

It’s not just the hardware that has improved in such a way that reliance on single-use devices, like MP3 players, has been reduced. For example, Apple also offers its own Apple Music streaming service, allowing owners of almost any Apple device to listen to over 90 million songs. It’s not just the case for iPhone and Mac users, with most consumers now able to listen to their favorite tunes on multiple devices in and around the house, and often regardless of hardware limitations. general of a device.

VIDEO OF THE DAY

Related: iPod nano dummies reveal how different the MP3 player could have been

The original iPod was launched in 2001. On October 23, Apple announced the iPod, calling it “revolutionary MP3 music player” and saying how the company has “invented a whole new class of digital music player.” The original iPod had a scroll wheel that could be physically rotated to navigate through the various menus and settings. There were also Play, Menu, Next and Previous controls around the wheel, a high resolution 160 x 128 LED backlit display and a 60mW amplifier. In terms of software, the original iPod required iTunes 2 to transfer music and was advertised as capable of downloading an entire album in under 10 seconds, or 1000 songs in under ten minutes.

For those who chose to pick up the iPod (Scroll Wheel) at the time, the price was set at $399 in the United States. For that price, buyers got a 5GB internal hard drive that could store up to 1,000 CD-quality songs. The most recent iPod touch, which is still available from the Apple Store (while supplies last), starts at $199 and comes with 32GB of storage. Battery life on the original model was rated to last a maximum of 10 hours and that compares to the 40 hours of music playback offered by the most recent iPod touch. In fact, the latest iPod touch can last almost as long (up to 8 hours) when playing video as the original iPod when playing audio.

The original iPod also supported MP3, MP3 VBR, AIFF, and WAV formats, MP3 bitrates up to 320 Kbps, and a frequency range of 20 to 20,000 Hz. generation came with an iTunes 2 CD, headphones, a FireWire cable and a FireWire power adapter. Not changed too much in terms of box contents over the years, although the most recent iPod touch comes with updated EarPods and a Lightning to USB cable.

Next: From an iPod to a Mac. How the iPhone has evolved over the years

John Finn is a technology editor and writer for Screen Rant. John has been covering technology since 2014 and focuses on where technology meets the film and television industry. A psychology graduate from England now living in the US, John previously worked in the aviation industry as an airline examiner. You can find John on Twitter @J_Finns or email john [at] screenrant [dot] com.