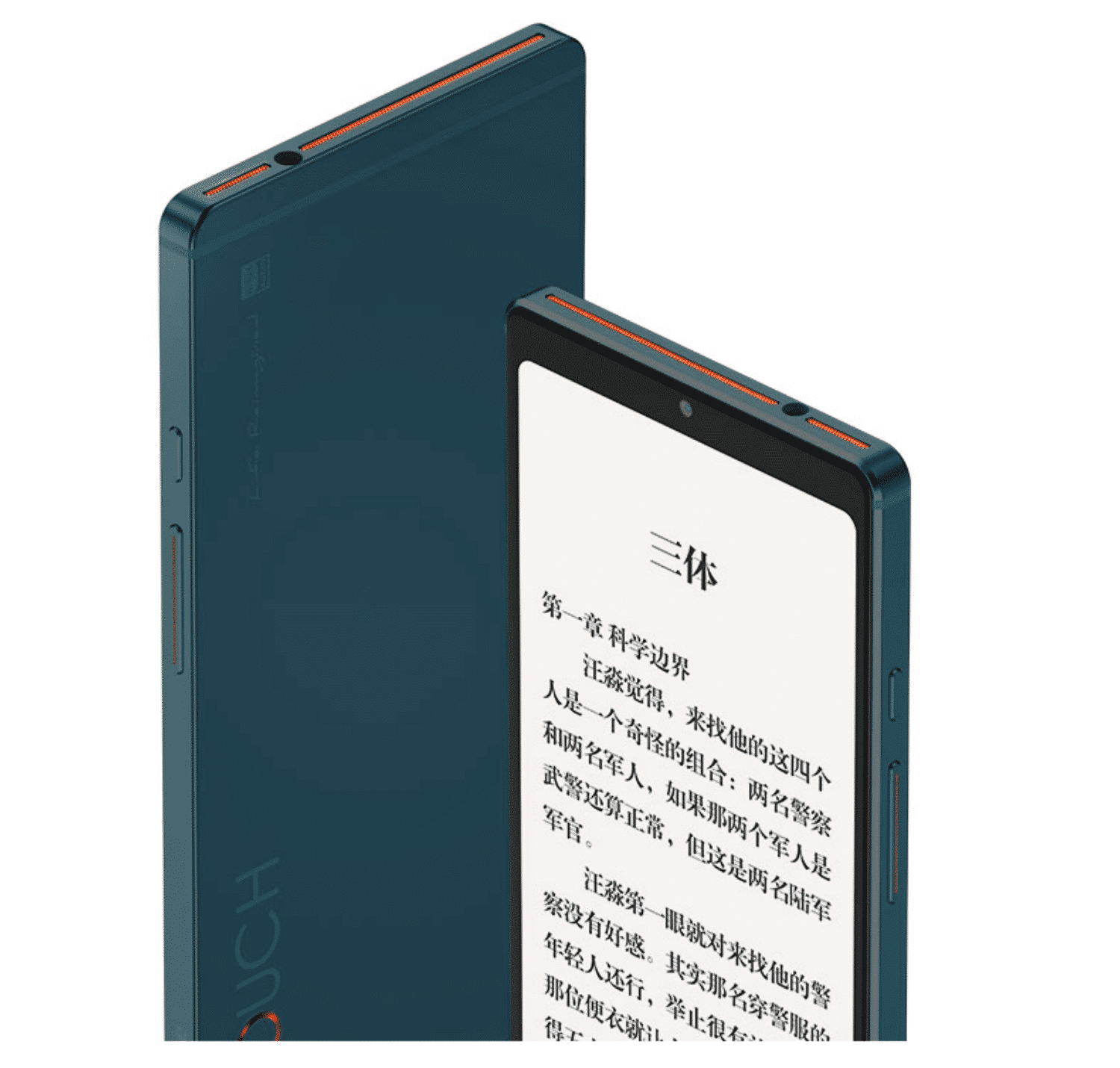 Hisense is best known in the E INK world for releasing quality smartphones, but the company has just thrown a ball at us and announced the HiSense TOUCH music player. This device is capable of playing HIFI audio through their flagship ES9038 decoder chip and ES9603 independent amp chip, which supports up to 384kHz / 32bit output. The actual output will be through the two stereo speakers or the 3.5mm headphone jack.

The Hisense Touch features a 5.84 E INK Carta HD capacitive touchscreen with a solution resolution of 1440 x 720 with 287 PPI. It has a front-lit display and color temperature system, so that you can not only listen to music, but also read e-books. Under the hood is a Qualcomm quadcore processor, 4GB of RAM and 128GB of internal storage. There is a USB-C port for charging the device and WIFI for accessing the internet and downloading apps. This device supports Bluetooth 5.1, so you can plug in a pair of headphones, but HIFI audio cannot be output through Bluetooth, because it uses different codecs. It is powered by a 3,500mAh battery and weighs 155g.

If you’ve seen any of our reviews of the Hisense line of smartphones, this one uses a similar layout. So you can run different speed modes to increase the performance of the E INK screen. This is useful if you decide to install apps that have animations, such as page turns. One of the most exciting things about the music player is that it runs Android 11, which is the first time we’ve seen a modern operating system on an E INK device. Hisense generally supports a myriad of languages, including English.

The Hisense Touch will be released in the next two or three weeks and will only be released in China. A good e-Reader will try to review it and see if it is good.

Michael Kozlowski has been writing about audiobooks and e-readers for twelve years. His articles have been picked up by major and local news sources and websites such as CBC, CNET, Engadget, Huffington Post, and The New York Times. He lives in Vancouver, British Columbia, Canada.