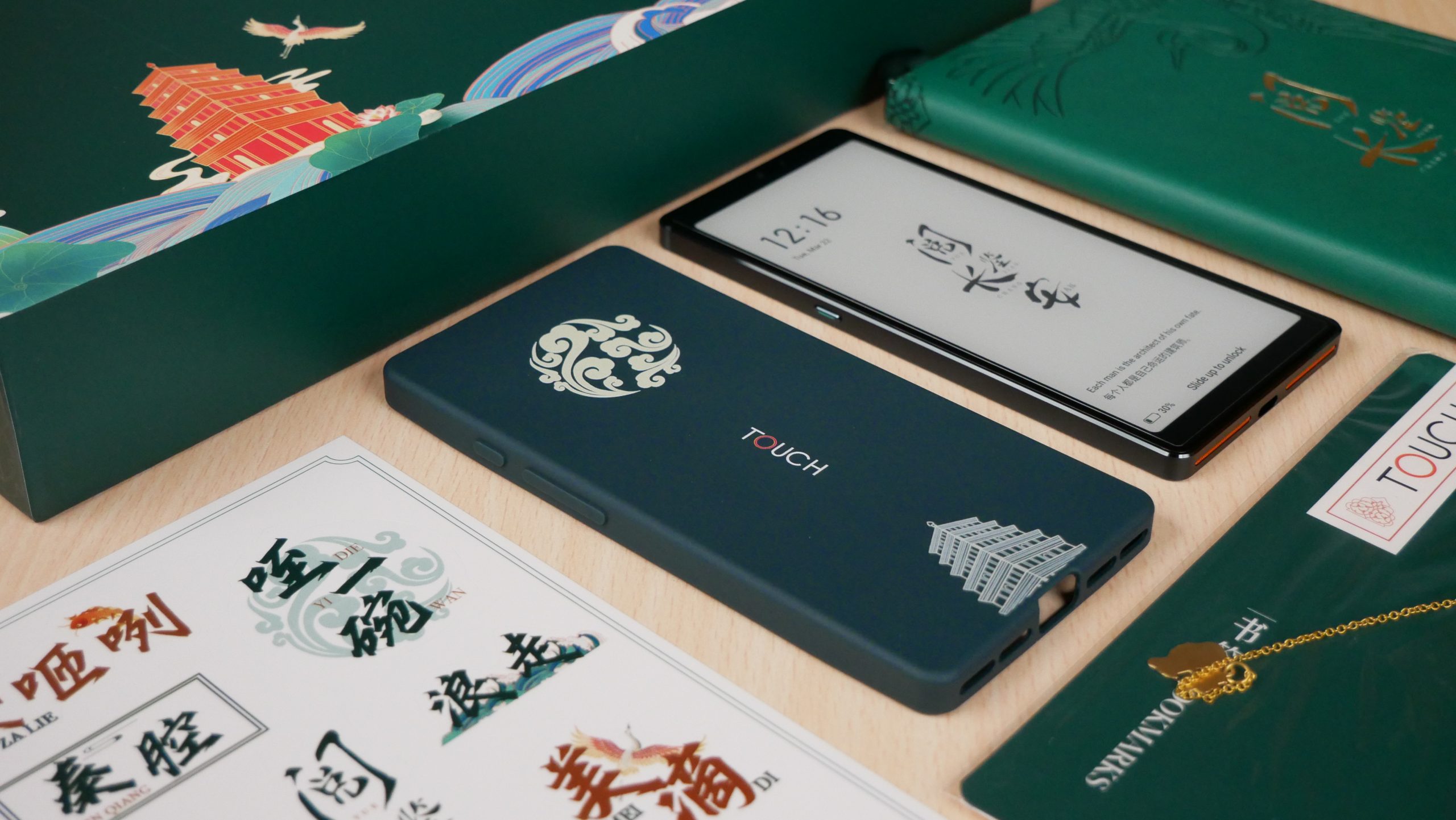 The Hisense Touch is a HIFI music player with an E INK screen. It was released last year and remains one of the best music players around. The main selling points are 4GB of RAM, 128GB of internal storage, Android 11 and external speakers, in addition to a 3.5mm headphone jack. It supports lossless audio formats, so you can easily listen to FLAC and/or Spatial Audio via Apple Music.

The Hisense Touch features a 5.84 E INK Carta HD capacitive touchscreen with a 1440 x 720 solution resolution with 287 PPI. It’s a dedicated music player and not a phone, despite having the same form factor as one. It has square corners, similar to older iPhones. It made of a very resistant aluminum. It has a front display and a color temperature system with 32 LED lights.

Under the hood is a Qualcomm quad-core processor, 4GB of RAM and 128GB of internal storage. There is a front camera and a USB-C port for charging the device and WIFI for accessing the internet and downloading apps. This device supports Bluetooth 5.1, so you can plug in a pair of headphones, but HIFI audio cannot be output via Bluetooth, as it uses different codecs. At the bottom of the device are stereo speakers, AAC dual 1216, which means that each speaker is exactly the same size. The speaker series for iPhone 13 and iPhone 12 smartphones come in different sizes, which means the Hisense player produces better sound. Basically, we put a flagship iPhone and Android phone side by side and the Hisense blew them away, the audio output is nearly doubled, with no crackling or hissing whatsoever. The power button and volume buttons are on the right side and the E INK button on the left. The E INK button can be mapped to launch any function, such as an automatic page refresh, launching a particular application, or invoking a web browser. It is powered by 3500mAh battery and supports 50W fast charging. It is very light, the weight is 155g.

This music player uses Google Android 11 and has a package installer. You can easily download all your favorite apps from the Internet or download another app store, such as Amazon. Many languages ​​are supported, including English. It’s mostly marketed in China, so there’s a bunch of preloaded Chinese apps and a Chinese app store. Luckily, you can uninstall everything by long-pressing the app and uninstalling it. The fact that it supports English cannot be underestimated, this makes it extremely viable for a large international audience.

The Museum Edition is based on the same hardware as the Hisense Touch, but this model is made in partnership with the Xian Museum, which is one of the largest in China. It comes with a green silicone case and on the back is the Hisense logo along with art styles. It also comes with a large leather-bound notebook, which is for taking notes with a traditional pen or pencil. It is green and has a large outline of a Crain bird, as well as the name of the Museum. There is a bookmark that accompanies it. There is a series of pages devoted to one layout or another. This includes college rules, writing, planning, cornel notes, and more! It feels really high quality. Also inside the box is a white USB-C cable, quick start guide, warranty, and the Hisense Music Touch player.

We did a full hands-on review of the Hisense Touch HIFI music player when it was first released, so you can get an idea of ​​all the hardware, software, and music player. You can buy Hisense Touch Museum Edition from the Good e-Reader store for $359.99.

Michael Kozlowski has been writing about audiobooks and e-readers for twelve years. His articles have been picked up by major and local news sources and websites such as CBC, CNET, Engadget, Huffington Post and The New York Times. He lives in Vancouver, British Columbia, Canada.