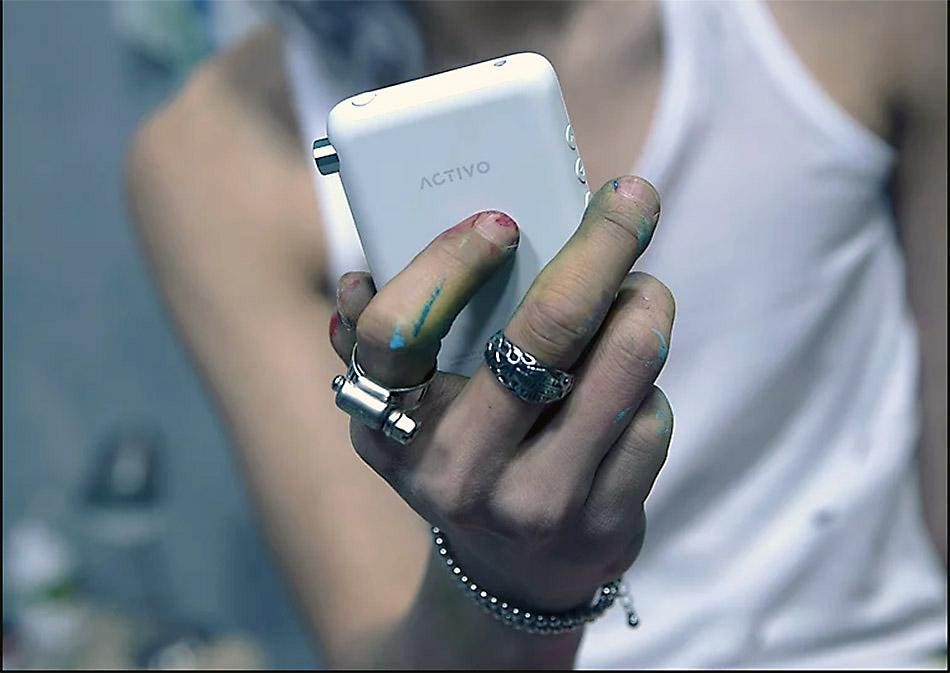 There’s a whole generation that probably never heard music the way artists, producers, and studio engineers wanted it to be heard. Most millennials will likely have grown up listening to as many low-quality MP3 tracks as they can fit on an iPhone, iPod Shuffle, or generic MP3 player with a very small amount of storage. Unlike the generation before them, they may not have heard sound on high-quality equipment that can reveal the nuances and depth of well-recorded music. Even when it comes to streaming, the digital generation may well listen to Spotify on a low quality setting in order to reduce data consumption on their smartphones.

In contrast, the previous generation probably grew up listening to or inheriting hi-fi equipment from their parents and can get a feel for the quality of music with the right equipment. Serious audiophiles wanting to listen to music on the go will invest in a decent digital music player like Pioneer, Sony, Onkyo or Astell & Kern. They can also stream music using high quality streaming service like TIDAL or Qobuz.

So what do you do if you are a market leading manufacturer of high end digital music players that is seeing its market aging and yet struggling to make inroads with the younger generation who are not so picky about? the audio quality? The drives offered by Astell & Kern are far too expensive and a bit conservative for young consumers, although the company tried with its cheaper AK Jr drive, the screen was not very good and the interface was far too clunky for it. a generation raised on stylish smartphones.

Astell & Kern’s parent company IRIVER has teamed up with Groovers, a Japan-based music streaming and download service, to solve this conundrum by launching a music player sub-brand called Activo. The brand’s first offering is a nifty little music player, the Activo CT10, and that’s quite something.

The CT10 has a completely different style to the usual Astell & Kern drives, which are sharp, angular, and made from aluminum. The CT10 is molded from glossy polycarbonate and fits perfectly in the palm of your hand. It’s all white except for the black recessed display, which features a gorgeous 3.4-inch color touchscreen and a very smartphone-like interface.

Unlike more expensive high-resolution players, the Activo CT10 does not have sophisticated balanced outputs for very expensive headphones, there is only a standard 3.5mm stereo jack on the top of the unit and a circular power switch next to it. On the right side of the player is a clickable volume wheel accented with a metallic ice green tint. On the left side of the device are the Play / Pause, Forward and Rewind buttons for browsing the tracks and a MicroSD slot that can accommodate cards with a capacity of up to 400 GB. This is also good because there is no There’s only 16GB of on-board storage which is a bit average but serves to keep the price low. Fortunately, memory cards are inexpensive and you can easily expand the storage according to your needs.

At the bottom of the player there is a Micro USB port which can be used to charge the CT10 for up to 10 hours of playing time. The USB port also serves as a digital interface as well as connecting to a PC or Mac so transfer music to the player. If you are a Mac user, you will need to download the free Android MTP app for the Mac to see the player and allow you to transfer music files to it.

Press the power button for a few seconds to activate the Activo CT10 and a green logo will appear before the main screen is displayed to display the music library. So far so good, but the CT10 has a few things up its sleeve. For starters, it comes equipped with the apt-X HD Bluetooth codec which can stream high-resolution music to apt-X HD compatible wireless headphones. It also works with other codecs, but it’s good to know that the HD option is there. In addition to Bluetooth, the CT10 also has Wi-Fi capability so you can update the firmware wirelessly, access music stored on a DNLA-compatible server on your home network, or stream from a service. of music. There’s also a graphic equalizer with six presets, and you can shape your own sound by adjusting the 10-band equalizer and saving a custom setting.

A TIDAL client is included in the Activo CT10 and this is where things start to get exciting: the CT10 is the first budget out-of-the-box reader I’ve seen that can read MQA files directly. MQA stands for Master Quality Authenticated and it’s the next big thing in high-resolution digital music. An MQA file can play CD quality music but with a much smaller file size and streaming rate. If you’ve subscribed to TIDAL – and you probably should if you want to stream high-quality sound – you’ll find that there are already some 30,000 MQA tracks out there that sound just as good as the original soundtracks. What you hear from an MQA file should be close enough to what the recording engineer in the studio heard when finalizing the mix for an album.

So that’s the hardware side of things, but how does this budget player serve the music? Well, the answer is superbly. He’s a very competent player with full sound that has a lot of depth and very good resolution. It’s musically rewarding and so relaxing to listen to thanks to a new technology developed by Astell & Kern called Teraton. Inside the Activo CT10 is a small module called Teraton TM200; this is a small circuit board with a Cirrus Logic CS4398 DAC and analog amplifier with a very low floor level to make sure there is no that annoying background hiss that you can hear with cheaper players. Along with the Teraton TM200, there is a Quad-Core processor, which makes playing music contained on a MicroSD card really fast. Unlike previous players, which could fall behind when accessing music stored on a memory card, there is no such problem with the CT10.

Verdict: Activo did a great job launching the CT10. This small affordable player can handle WAV, FLAC, WMA, MP3, OGG, APE, AAC, ALAC, AIFF, DFF, DSF and MQA files. It’s fine with sample rates up to 24-bit 192kHz, so you’re pretty much covered with whatever files you throw at it. The interface is a dream and the 3.4 inch color LCD screen is rich and vibrant and it works well as a touchscreen. With its cool curved style and weight of just 112g, it is sure to appeal to a younger generation who love gadgets to look cool the way they sound. If I have a small reserve, it’s the shiny polycarbonate case; I can see it gets scratched a bit with use over time. Maybe some kind of silicone case could be an idea. Aside from that little caveat, this is a digital music player that really delivers the goods and offers mind-blowing value for money. As an introduction to portable high-resolution digital music, it’s almost perfect.